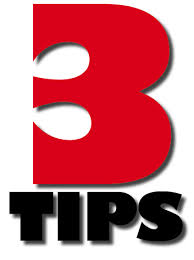 Today’s blog post was inspired by the mistakes I witnessed numerous amateur players commit on a regular basis during the WSOP. Most of these players were oblivious to the blunders they were making. These mistakes are difficult for amateurs to notice, especially those who play in the small or middle stake games, because the vast majority of the player pool exhibits these flaws. Once amateurs become enlightened to these errors, they will instantly be able to improve their strategies and mindset, allowing them to focus on other elements of the game.

Mistake #1: Only reraising with premium hands

Most amateurs simply do not apply enough pressure before the flop. Their strategy is to wait for strong hands and then reraise with them, hoping their opponents blindly pay them off with all sorts of junk. What often happens instead is their opponents easily fold to the passive amateur’s aggression, making it nearly impossible for the amateur to extract value.

Instead of reraising with only premium hands, you should reraise with a wider range that is based on how you expect your opponent to react. If you expect your opponent to call your reraise with a wide range of marginal hands such as 2-2, A-T, and K-9, you should reraise with what is referred to as a linear range. This range consists of hands your best hands, such as A-A and A-K, as well as hands that should have your opponent dominated, such as 9-9, A-J, and K-Q. You will find this strategy works best against weak players who are not capable of folding to a reraise before the flop once they have any amount of money invested. Going to the flop against a dominated opponent will work amazing well for you.

If you expect your opponent to either fold or 4-bet (rereraise) when you reraise, you should reraise with what is referred to as a polarized range. This range consists of your best hand, such as A-A and A-K, and hands that are not quite good enough to call your opponent’s initial raise, such as Ad-7c,Kd-Ts, Kh-8h, and Td-7d. Notice that when implementing this strategy, you will be calling with your hands that flop decently well, such as A-J, K-Q, and 8s-7s. This strategy works because when you reraise with a weak hand, you rarely expect to see a flop. With hands like A-J and K-Q, you typically want to see a flop, and calling ensures that happens. When your opponent 4-bets and you have a premium hand, you can pile your stack in and when you are bluffing, you can easily fold.

While reraising with marginal hands is an excellent way to make you more difficult to play against, against certain opponents, you should only reraise with the absolute best hands. If you expect your opponent to only raise with a premium hand to begin with, there is no point in bluffing because your bluff is almost certain to fail. This will usually be the case when the initial raiser is in early position or is known to be very tight. Against these players, do not overvalue hands like T-T and A-Q because if you reraise and face significant aggression, you are often in bad shape. In general, your goal with your strong, but not absolute best, hands should not be to play in a manner that forces you to fold. Instead, call the initial raise and see what develops after the flop. Especially when deep-stacked, poker is not only a preflop game. You must learn to play well after the flop if you want to succeed. For a detailed analysis of my preflop and postflop strategy, check out my best-selling book, Secrets of Professional Tournament Poker, which you can currently get for FREE in the audiobook format.

Most amateurs either play in a blatantly straightforward manner or blindly continuation bet on the flop. These players are incredibly easy to play against because their strategy is so straightforward. In the past, most amateurs would make a continuation bet only when they flopped a hand they thought had significant value. This allowed competent players to indiscriminately apply pressure whenever the amateur checked because when the amateur checked, he certainly did not have a strong hand. Clearly if you only bet with your good hands, you will get crushed by your observant opponents.

Eventually, most amateurs figured out that if they continuation bet every single time, they would be tougher to play against. The only problem with this is they then have overly wide ranges when they bet. This allowed their observant opponents to apply pressure in spots where the board should be bad for the amateur’s range, resulting in the amateur frequently getting outplayed in sizable pots. I believe this is the level most amateurs were operating at during the WSOP.

Instead of continuation betting with every hand or only with your best hands, I suggest you continuation bet almost every time except when the board is bad for your hand and it should also be good for your opponent’s range.  You will find that you should usually decline continuation betting on boards that contain all middle cards, such as J-9-7, 9-8-6 and 8-7-3. The reason for this is because when you raise, your range will mostly consist of primarily big pairs and big unpaired cards. On middle card boards, you will usually have a hand that is tough to play if your continuation bet gets called or raised. It is also quite easy for your opponent to have a strong hand on these boards because the hands people typically call a raise with contain lots of implied odds hands, such as Js-9s, 8c-7c, and 7h-6h. Quite often, the best play is to check-fold when you have nothing and your opponent could easily have something. Of course, if you elect to have a check-folding range, as I suggest, be sure to mix in some check-raises and check-calls to ensure your opponent cannot automatically bet and take down the pot when you check.

Finally, the vast majority of amateur players worry way too much about short term results. Countless times, I heard players either bragging to their friends about how good they are because they cashed three tournaments in a row or how unlucky they are because they lost five tournaments in a row. In reality, your short team results are completely irrelevant. These players also failed to comprehend that the “short term” for most live poker players can last a year or longer, especially if they only play a few tournaments per week.

In order to succeed at poker (especially in tournaments with a large number of players), you must keep a large bankroll and realize that the swings are huge. If you go to the WSOP and expect to be up after playing ten events, you will often be disappointed. It is important to realize that most of the time if you play ten events you will have one or two cashes, usually for the minimum, putting you down eight or nine buy-ins. I don’t think most amateurs go to the WSOP fully expecting to be down $10,000 or so after a few weeks. If you care about these standard fluctuations, as most amateurs do, you will drive yourself crazy and lose focus on what actually matters, which is playing your best possible poker.

To make matters worse, when an amateur (or pro!) has results much worse than they expected, they often turn to various vices to deal with their emotional turmoil. This frequently leads them to drinking, drugs or degenerate gambling. Every year there are numerous players who go to the WSOP with $10,000 to play poker, lose it all in a few days, then get casino credit and go off the deep end for $50,000 or more because they want to get “even”. I suggest you learn what is expected and don’t have an emotional reaction to an expected result. Once you comprehend and understand that you should lose almost every tournament you play, you will care less about what happens. Your job is to simply play your best.

I hope you have learned a few things from this post that you can implement into your strategy. If you enjoyed this post, please share it with your friends. If you want to learn numerous other strategies you can implement into your game, I strongly suggest you check out my new book, Excelling at No-Limit Hold’em. Regardless of your skill level, I am confident you will learn something from it. Good luck and I will see you back here next week at JonathanLittlePoker.com for another educational blog post.