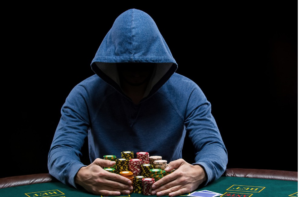 I recently had the pleasure of traveling to the Borgata in Atlantic City for their $3,500 buy-in World Poker Tour event. The following two hands illustrate a dynamic that I constantly strive to set up to give me the best possible chance of getting paid off when I happen to make a premium hand.

I think calling 3-bets from in position with a wide range of hands that flop well is an excellent strategy when deep stacked and getting great pot odds because you risk very little to potentially win a lot.

Although I currently only have Queen-high, I also have a gut shot straight draw, a back door flush draw, and an overcard. Perhaps more importantly, I am in position, which gives me a reasonable chance to steal the pot on the turn if my opponent checks.

While I would normally raise in this situation, since I called in a similar situation one orbit earlier, I decided to call in this spot, to induce my opponent to either two-barrel bluff or look to check-call down with any made hand on the turn. I did not think my opponent would give up in the same manner as the previous pot.

Sticking with the plan, I thought that if I made exactly the same bet as the previous pot, my opponent would not fold. My opponent’s call led me to believe he had either a bluff catcher, perhaps as strong as A-A (one pair hands typically become bluff catchers when you check because if you check-raise, you will mostly get called when you are beat), and draws. It is important to narrow your opponent’s range as the hand progresses so you can make smart decisions on the river.

The river was the (Ks-8d-7s)-3c)-4d. He checked, which is what I expected him to do, and I bet 27,000 into the 22,850 pot.
Given my opponent’s range on the turn, I assumed he would fold all of his busted draws and call with all his bluff catchers. You will find that most players do not enjoy the feeling of being pushed around. Since I didn’t think my opponent would fold any made hand, I decided to make a gigantic bet for value, hoping he would assume I simply must be trying to make him fold.

Fortunately for me, he quickly called and then disgustingly mucked when I turned up my set, awarding me a significant pot early in day 1 of the World Poker Tour event.

3 thoughts on “Setting up and profiting from your image”