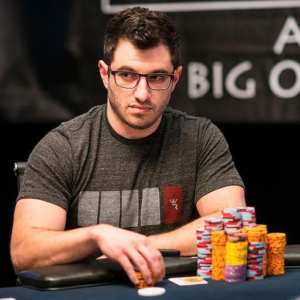 In October 2016, my Global Poker League team, the Las Vegas Moneymakers, were sitting at the bottom of the America’s division despite my best efforts and winning record. With only three weeks of play remaining in the season, we needed to win all three games of our weekly heads-up match to not be mathematically eliminated from payoff contention. We were told that we would face Phil Galfond, one of the biggest winners in all of poker. I was away on a vacation when I got the news, walking through the streets of Budapest with my wife, and told her that whoever was put in to play Galfond was going to get murdered. A few minutes later, our team manager Chris Moneymaker texted me and told me that I was going to be our team’s savior. All I could think was “It looks like I am going to be the one who gets murdered!”

As always, Galfond played amazing well while I did my best to play intelligently. Sadly, in our first game, he called my flop check-raise, turn bet, and river all-in with Ace-high to eliminate me. It was an awesome call and it ended the Moneymaker’s chances of making the playoffs. Although I had let my team down, I did my best to remain calm and play my best in the next two games. You can watch the entire match at the bottom of this post.

This is a hand that fits nicely in a 3-bet bluffing range, but I decided to call because Galfond had already seen me 3-bet quite wide with J-5 and J-3 in the first game. When you play heads-up, you simply must defend your blinds a large portion of the time, otherwise your opponent can run you over with blind aggression. While 8-6 is certainly not a premium hand, it is too good to fold.

I would normally check-raise smaller in this situation but I check-raised to 2,000 in a very similar spot in the first game with trips, so I wanted to do something slightly different to hopefully make him think that I was getting out of line. When he called my check-raise, I thought his range contained all trips, pairs, flush draws, and backdoor nut flush draws, such as Ad-9s. 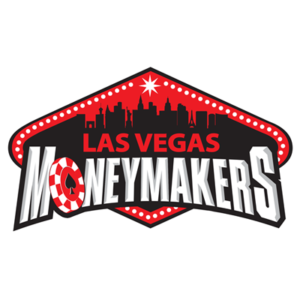 He could certainly have a flush at this point, but it is still very likely that I have the best hand. I don’t see him folding many Queens at this point, but that assumption could be completely wrong, given the obvious draw got there and some sporadic bluffs like Kh-9c improved. Most of his calling range in this spot is trips, flushes, and nut flush draws.

My thought process when making my gigantic bet was that if he had a Queen, he would fold to any bet. If he had trips, he may find a hero-call. If he had a flush, it was likely the nut flush, which would never fold. Against that range, a large all-in makes sense because Galfond’s hand is either incredibly strong or very marginal.

However, I failed to take a moment and think about my range. In general, a large all-in is ideal when there are many potential bluffing candidates in my range. If you look back at the Qd-6d-6s flop, there are very few bluffs that would check-raise the flop, bet the turn, and then jam the river. Compare that to a 7d-6d-6c board where I could easily have T-9, T-8, 9-8, 8-5, and 5-4. I am unlikely to turn a Queen or trips into a bluff as they could realistically win at showdown. Given there are no obvious bluffing hands, I should have opted for a “normal” bet of about 75% of the size of the pot. By making the large all-in, I allowed Galfond to make what the commentators referred to as “the fold of the season”.

Despite Galfond getting off the hook due to my poor play, I managed to win more than my fair share of the all-in pots. I luckily won the match 2-1. Unfortunately that didn’t help my Las Vegas Moneymakers, as we fell out of contention to make the playoffs. At least I ended the season with a respectable 9 wins and 6 losses in heads up games versus some of the best players in the world.

You can watch the replays of ALL my Global Poker League matches at JonathanLittlePoker.com/gpl.

Here is the replay of my match with Phil Galfond. The action starts 15 minutes into the video.