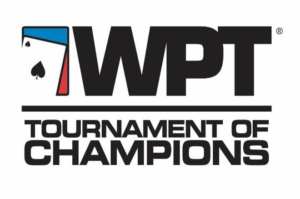 I recently traveled to Hollywood, Florida for the 2017 World Poker Tour Seminole Hard Rock Poker Open. The venue is amazing and I had a lot of fun. I started my trip off losing almost every pot in a $2,000 turbo. When that happens, do not become discouraged and instead realize that quite often, you will not get anything going in a poker tournament. After that, I built a large stack (eight starting stacks) early in the $3,500 WPT event but lost about 20 hands in a row to fall short of the money. Again, don’t get discouraged!

You can watch my video blog discussing the highs and lows of this trip at JLPoker.com/2017shrpo. 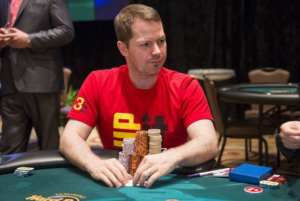 The Tournament of Champions started off great. I gradually accumulated chips with no significant confrontations, but as we approached the bubble, I lost a few pots in a row to go from a 50 big blind above average stack to a 20 big blind short stack with 11 players remaining and nine getting in the money. While 20 big blinds is not an incredibly short “panic mode” stack, it was one of three shortest stacks of roughly equal size remaining in the field.

At 4,000/8,000 with a 1,000 ante, a somewhat tight, aggressive player raised to 18,000 from the cutoff and I decided to call 10,000 more out of my 160,000 stack from the big blind with Jc-5c. While my call is certainly loose, I think it is normally fine, given my pot odds. However, since we were near the bubble and there were only five players at my table (reducing my pot odds due to fewer than normal antes), folding could be the best play.

When faced with a small bet in this situation, I think check-raising is my only option. Calling is not a great play because there are many turn cards that can severely diminish my two-pair’s value. I would also check-raise in this spot with all made hands better than K-J as well as Q-T and some of my flush draws. This will put my opponent in a difficult spot because he will have no way of knowing if I have an effective nut hand or a semi-bluff.

As for my check-raise size, I would normally like to check-raise smaller to about 36,000, but given we are on the bubble and my stack was somewhat short, I think going all-in makes the most sense. After I go all-in, my opponent will likely call off with any top pair or better made hand, which my specific holding is in great shape against. One added benefit of pushing is that I can make my opponent fold his draws as well as his marginal made hands that will only invest significant money on the turn and river if they improve to beat me. Of course, check-raising ensures I always go broke when I happen to be against J-J, 9-9, 5-5, and J-9, but there are way fewer combinations of those hands in my opponent’s range compared to other decent value hands he will call with. Notice that if I happen to be in a “set up” situation, I am destined to go broke, especially if the turn is not a scary card. When you have a short stack and flop a premium hand, even on the bubble in a major event, you should not be trying to find a way to fold. 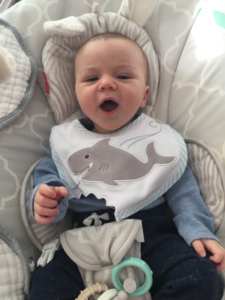 After my bustout, I hung around for another day to commentate the final table with Tony Dunst and Jeff Gross, which was a lot of fun. From there, I caught the next flight back to NYC to see my family. While being away from my wife, Amie, has always been tough, being away from my baby, James, was much tougher. I missed him a lot. Being hugged by him is the most amazing feeling in the world. My upcoming five week long WSOP trip will likely prove difficult. I may have to fly home to visit a few times!

Thanks for taking the time to read this blog post. If you have any comments or suggestions, please let me know. Be sure to check back next week for another educational blog post. Good luck in your games!

21 thoughts on “My 2017 WPT Tournament of Champions Bustout”