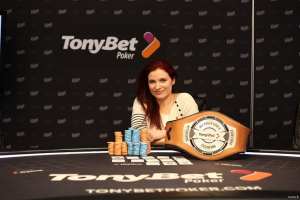 The two-time US women’s chess champion, and PokerStars Mind Sports Ambassador Jennifer Shahade admits that her biggest highlight of this poker season was winning the TonyBet Open Face Chinese World Championship High Roller event. Not only was it the biggest live buy-in she ever played, it was also the biggest cash prize of her career.

Since the event was streamed live, the recorded video footage allowed Jennifer to analyze her own game and use it to teach others about OFC poker. In this piece Jennifer shares her thoughts on two hands she played during the tournament and looks at them in more detail.

At this point of the tournament I had Jason Mercier and Marek Kolk as my opponents. Jason is a really good player under pressure, he has a lot of experience. In Open Face Chinese I think he plays a bit more conservatively than average. Jason is also extremely dangerous under new formats and new situations, as he can adjust very quickly, being used to that from high stakes mixed games.

So considering many of the players were not as used to tournament format that could give Jason an edge. I didn’t know as much about Marek Kolk though from the few hands I played with him, he seemed more on the aggressive side and willing to take risks when it’s close, so he and Jason were presenting two very different aspects of the game here.

Just like in other forms of poker, sometimes a more conservative line and a more aggressive line can have similar equity, so in Open Face it’s about trying to figure out when your style is interfering with the correct mathematical choice. I’m not sure where I lie on the spectrum – I think I’m pretty good, of course. Though if I had to identify a leak in this respect, I’d say I am probably a bit too conservative/straightforward when my hand is bad.

When talking about this particular hand, I definitely would have played Queen on top, 2, 3 in the middle and 7, 4 in the back first to act, as Marek did. I can’t see another way to set my hand: 2, 4 in the middle and J, 5, 5 at the bottom seems totally standard, the jack is the perfect kicker for the back.

As for Jason’s hand, anyone who watches my Run It Once videos knows how partial I am to pairs over three-flushes. With all of the kings, tens and sixes live, I’d consider K, K, 6 in the back, ten in the middle and ace up top. Believe it or not we are over 50% to make a boat or quads in this spot, which sounds outrageous, but makes sense when you consider how it’s rather unusual that all of our kings and kickers are live.

It’s also very nice that our other kicker is so live too so we’ll make two pair in the middle quite comfortably. Of course his set is very well designed for fantasyland, though I think my way gets there quite often as well.

I think Marek’s hand was shaping up poorly compared to our hands. Presumably, he did not get a diamond, and Jason was very likely to complete his flush. Meanwhile, all my jacks and fives were live too, and there were still three aces live at the time, so he decided it was time to gamble.

I think I’d play it the same way though I don’t know his discard on the crucial pull where he decided to gamble for Fantasy Land.

I think the value of Fantasy Land is slightly less in three-handed play. As I discuss in my Run It Once videos, however, I think that in three-handed it’s also a little easier to get to it because we will have more information about which kickers will be live and which will be dead.

Whether or not to go for Fantasy late in the game is often a pure math problem! It became a bit more complex in the tournament format with short stacks though I normally believed that if I had a relatively short stack, it was even more profitable to gamble for Fantasy.

It’s also very relevant as to which position we’ll be in when we come out of Fantasy Land. It’s not that important to see our opponent’s first five cards when we set a Fantasy hand, it will only occasionally change our set. However, it’s quite important if we can find ourselves on the button after getting out of Fantasy, rather than “wasting” our button while we are in Fantasy.

A very important factor to consider before playing a live Open Face Chinese poker event is one’s physical and mental preparation. Because you have to play each and every hand, it is very different from Hold’em tournaments.

I had an event in London the day before the OFC High Roller, and I wasn’t confident that I’d be rested enough to play the 10K High Roller. I ended up changing my seat from an aisle to a window the night before, and slept the entire flight. If not for that, maybe I wouldn’t have ended up playing and taking home the biggest cash of my career and the belt!

I was so energized to be in beautiful Prague, and just before sundown, I texted my friend Warren Lush to see what he was up to and how the High Roller was going. He encouraged me to come out and play and I rushed to the tournament. All in all, a great example of the butterfly effect for me.

I also had a wonderful time at the tournament – I’d never played a so-called “High Roller” before, though I’d played 10Ks in Main Events, this was quite different. I noticed that ironically, the atmosphere was more informal and relaxed. I also thought the staff did an exceptional job, especially considering how late the tournament ran. And the food was amazing at Kings Casino, I’ll always remember the steak and champagne I had after winning. I’m missing Prague already! 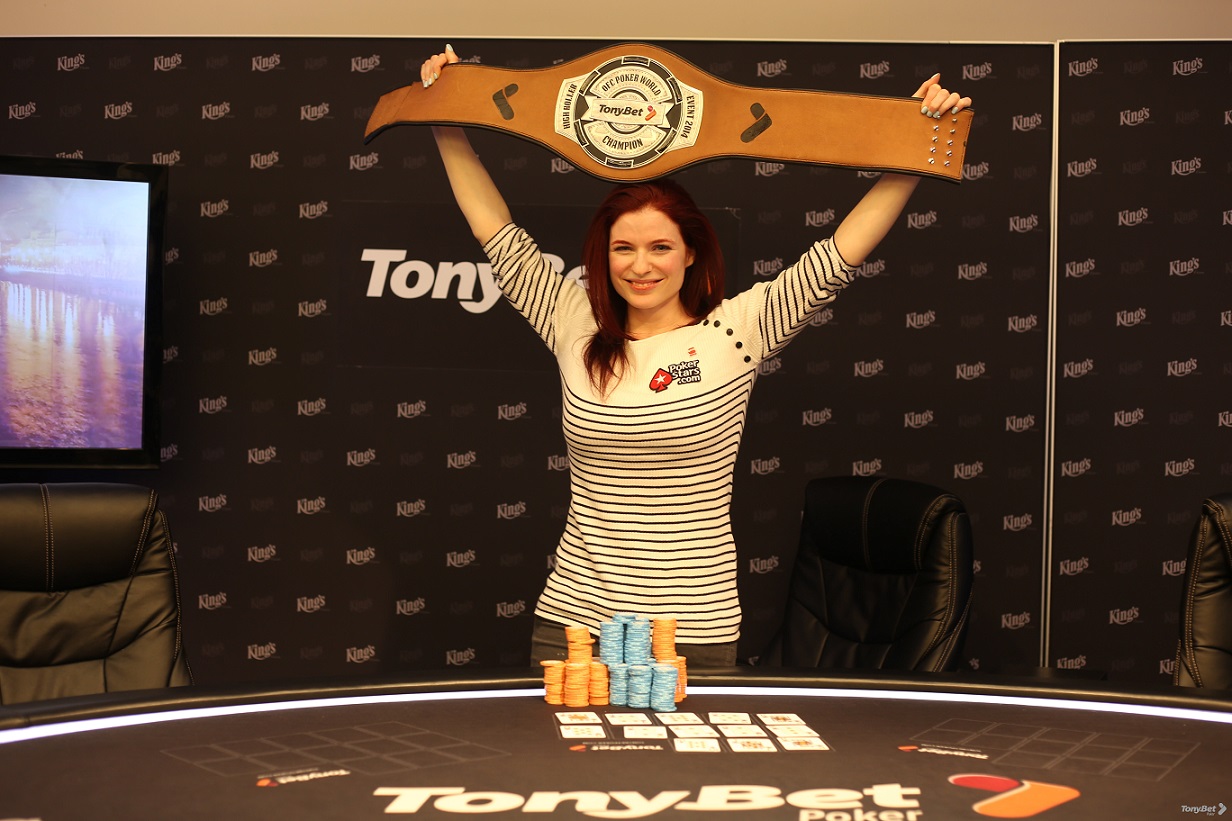