If you want to become great at anything, you should find people who are better than you and learn everything you can from them. It is not uncommon for an amateur student to come to me thinking they play great, and after one private coaching session, realize they have a lot to learn. Most of these players diligently apply the concepts I teach them and see an immediate improvement to their win rate. If you only talk poker with people who play the same games that you play, expect to stay stuck at that level forever. This is one of the main reasons why many small stakes players never progress beyond the small stakes games.

A few years ago while traveling on the European Poker Tour, I realized that the players who are at the top of the poker world have a much easier time staying at the top compared to those who are trying to get to the top. While their bankrolls and considerable knowledge of the game are helpful, being surrounded by other world-class professionals ensures they are constantly exposed to the most ground-breaking ideas and cutting-edge analytical tools. Most amateur players are rarely exposed to these insights. In my best-selling 500-page book, Excelling at No-Limit Hold’em (audiobook available here)I bring you in-depth discussions about various facets of the game from 18 of the best players and thinkers in the poker world. In this blog post, I am going share with you a few things (of the many) I learned while writing this book.

I learned from Olivier Busquet that if you do not have a predetermined fundamentally sound game plan developed before you sit at the table, you will have a difficult time beating strong players. While huge bluffs and thin hero calls may stroke your ego, if you do not understand the fundamentals, you will make huge errors. Playing by feel and trying to figure out the optimal strategy on the fly will only take you so far.

Alex Fitzgerald taught me how to develop these fundamentals. In his chapter, he explains exactly how he transformed from being someone who was simply “playing poker” to someone who knows the math behind almost every situation that occurs on a regular basis. If you have math to back up your game plan, you will have a tough time failing. Since reading his chapter, I have invested significant time using the various analytical tools available online. I am confident I have become a more well-rounded player thanks to him.

I learned from Bernard Lee how to figure out roughly what level the bubble will burst in a multi-table satellite. While I rarely play satellites, I used this knowledge to barely sneak into the money in two of the last three satellites I played. Learning this one tip easily gained me thousands of dollars in equity. Thanks, Bernard!

Ed Miller’s chapter is a thorough explanation of how to move up in stakes and stay there. While I essentially learned how to do what he explains in his chapter on my own by failing countless times, I am confident that if I read his chapter 10 years ago when I was learning poker, I would have had a much easier time rising to the top. Figure out exactly how you are beating the losers in your game, how the winners in the bigger game are beating the losers there, and how you can beat the winners in that game. Ed gives numerous tips to make the process as easy as possible. If you are struggling to move up, this chapter is for you.

Chris Moneymaker’s chapter enlightened me to the fact that there are a wide range of small stakes players. Prior to reading his chapter, I assumed everyone who regularly plays the “small stakes”, which in my mind were $200 buy-in tournaments and smaller, have huge, easily exploitable holes in their game. While this is essentially true, I did not recognize that $60 tournament players often have drastically different leaks than $200 tournament players. Knowing what to expect from your opponents before they play a single hand will give you a huge edge.

In conjunction with the book, I hosted two webinars (one one-hour long and another four-hour long) with many of the authors. To learn even more from some of the best minds in the business, check out this compilation of exclusive webinars. 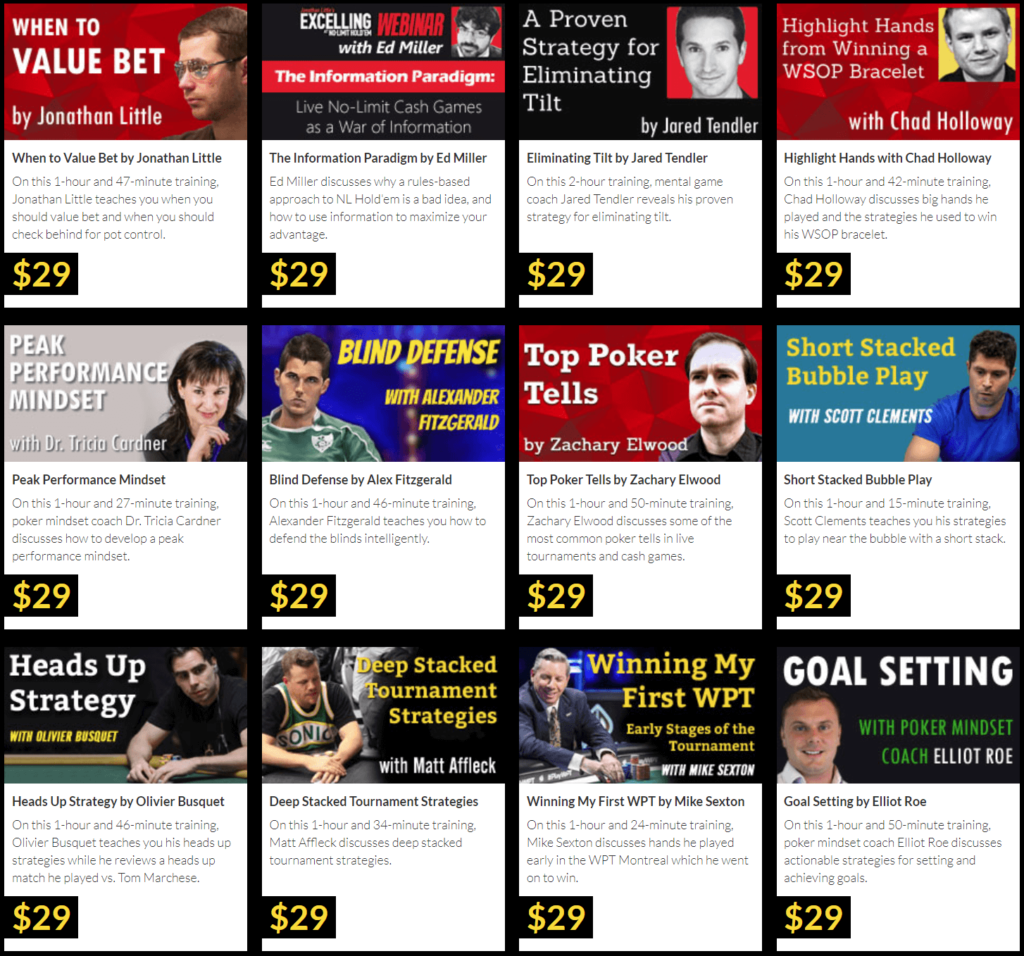