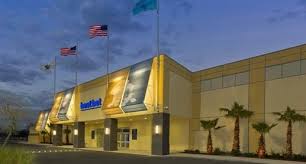 I recently found myself in an interesting situation in the $1,500 bounty event at the Best Bet in Jacksonville Florida where I was unsure about the ideal play. Actually, I am still unsure about the optimal play. Maybe you can teach me something by leaving your thoughts in the comments section at the end of this post.

I was in the cutoff seat with a starting stack of 15,000 chips at 50/100. The Button and the Big Blind both had 15,000 as well. The player in the small blind got crippled down to 300 on the previous hand. All three players were tight and aggressive. I was unsure if the player in the small blind would happily go all-in with any two cards or if he would play tightly, hoping to get his money in good. Everyone folded around to me and I looked down at the beautiful 8s-2c. Should I raise or fold? If I decide to raise, how much should I raise to? 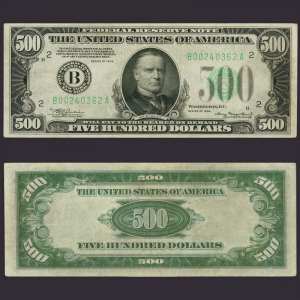 I approach this situation by assuming the tournament is $1,000 with everyone putting up a $500 side bet that they will not get busted. I get 15,000 chips at the start of the tournament for $1,500 total. This means that the $500 cash bounty is effectively worth 1/3 of the starting stack, or 5,000 chips. The actual value of that $500 depends a lot on your individual financial situation. While $500 is relatively useless to me, if your bankroll is $5,000, that $500 is quite significant. Also, it may not be worth taking a high variance risk in a tournament for the best player in the field whereas a weaker player should be a bit more prone to gamble.

As you can see, the actual value of the $500 in cash, at least when converting it into some number of tournament chips, is a difficult thing to do and depends a lot on your individual situation. For simplicity, I will assume the bounty is worth 5,000 chips.

When approaching this situation, I have to look at all of the possible outcomes and figure out roughly how often they will occur. Folding will result in no loss as I have nothing invested.

So, what happens if I raise with my 8-2? I must first try to figure out what raise size I should make. If I raise to 300, I think the Button will play fairly standard, although he may be a bit more call-happy because of the Small Blind’s desperate situation. If the Small Blind calls, the big blind will certainly call. I think that this makes a raise to 300 fairly bad. Remember, I want to get the bounty heads up, giving me a decent shot of busting him. 8-2o does not fare well in a four-way pot.

I think if I raise to around 700 instead, the Button will fold unless he has a strong hand. The Small Blind will still come along sometimes and the Big Blind may then fold, thinking I “must” have a decent hand to raise to 700. I estimate I will get action from either the Button or the Big Blind around 30% of the time total. When I get action from them, I will not necessarily lose the pot. If they call, I will win the pot with a continuation bet some percentage of the time. Of course, if they reraise, I will fold. For simplicity, let’s assume I lose 400 chips in this scenario, which will happen 30% of the time. Please realize this number could easily be larger or smaller, but it will rarely be much larger than 500 chips or so. This number is an average. Sometimes I will lose a raise plus a continuation bet of around 1,400, sometimes I will lose 700 when I get reraised preflop, and sometimes I will win 850 with a raise plus a continuation bet. If you aren’t thinking about poker problems in this manner, you aren’t doing it right.

Also realize that my profit depends a lot on my opponents’ tendencies. If they were loose and aggressive, I would be less inclined to make this play because they will be more likely to play back at me, which is the exact opposite of what I want. Also, the Small Blind and either the Button or Big Blind will come along some percentage of the time, although I will usually not win the pot (and the bounty) too often because my hand is trash.

Since the big blind will come along some percentage of the time as well, I have to figure out how that alters my equity. Assuming he calls or reraises with 20% of hands, I should subtract around 15% of the total value from the raise. Remember, sometimes I will still win he pot after the flop. Again, this is a very rough estimation. So, I have 1,710(.85) = 1,453 in total value when I raise, the Button folds, and the Small Blind calls.

Around 35% of the time, everyone will fold preflop, giving me 150 chips.

It is not too often that I can profit 4.4 big blinds by raising with 8-2! It is interesting to note that I will only collect the bounty around 10% of the time, assuming all of my estimations are right, making this a fairly high variance play. Even so, this raise should be super profitable with any two cards.

Of course, all of this changes if the players yet to act realize what I am doing and decide to exploit me. If they will often call or reraise, they will drastically diminish the chance that I am the person collecting the bounty, killing the equity of this play. While this ideal situation, where everyone is fairly tight, doesn’t come up too often, when it does, make a point to scoop up the free equity.

So, do you think you would have raised with the 8-2 in my situation? Do you think you will now give it a try? Do you see any holes in my assumptions? Let me know what you think in the comments section below. Be sure to come back next week for another educational blog post. Thanks for reading.

20 thoughts on “Interesting situation from a bounty tournament”