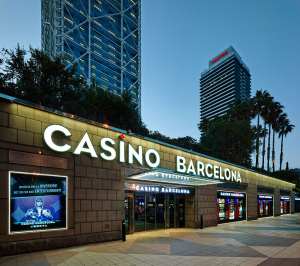 This hand is from early in the first day of the 2015 Barcelona European Poker Tour €5,000 buy-in Main Event. We were only an hour into the day. I initially lost a few pots due splashing around and to trying to flop strong hands, but I eventually chipped back up to my starting stack.

As I would do with all my hands in this situation, I checked. My opponent bet 600. I didn’t read much into his flop bet, as I thought he would make this play with most of his range. I was unsure how wide his first position preflop raising range would be. It could be overly tight, perhaps only big pairs and good big cards, or it could be very wide, including all pairs and various A-x hands. Given the board has a few possible draws, I decided to check-raise to 1,700, not because I was afraid of the draws, but because I did not want an “obvious” scare card to come, making it difficult to play a huge pot.

To my surprise, my opponent reraised to 4,200. At this point, I thought he had either a set, an overpair, or a premium draw. I also thought there was some small chance he had a vastly overplayed A-J or K-J. Seeing how my set crushes this entire range, I decided to call. When you have your opponent crushed, the last thing you want to do is look overly strong and allow your opponent to make a hero-fold. There is certainly a case to be made for reraising to either 10,000 or all-in, but I thought my opponent would fold an overpair. It has been my experience that most players do not want to play a gigantic pot for all their chips with only an overpair early in day 1 of a major event.

The turn was the (Jd-6c-3d)-Ks. I checked and my opponent bet 6,150 into the 9,325 pot. Since I still beat some of the overpairs, K-J, and the flush draws, some of which improved to a top pair, I decided to call. I am not a fan of raising at this point because if my opponent is drawing, he is drawing thin, and if he has me crushed, I will find myself drawing to one out.

The river was the (Jd-6c-3d-Ks)-4d. I checked and my opponent bet 6,200 into the 21,625 pot. At this point, I thought I was in fairly bad shape. However, due to my opponent’s small bet size, I did not think he had the flush. Most players would bet larger with the flush, hoping to extract maximum value. This led me to believe he had either a set, which I lose to, or one of the few hands I beat, namely K-J and A-A, both of which he may thinly bet for this size on the river. After much deliberation, I decided to call. My opponent proudly tabled his K-K and collected the pot.

So, did I make any errors in this hand? I love my flop call because I am reasonably confident he would have folded if I applied even more pressure on the flop, which is the exact opposite of what I want to happen. When your opponent is drawing thin, you want to keep him in, even if he will outdraw you some small percentage of the time. On the turn, folding is simply not an option because the board did not change much at all. The only spot I could have folded was on the river, but even then, I think calling is mandatory, although it is close. It is hard to go too wrong when you are getting amazing pot odds and you don’t know much about your opponent. By playing my hand cautiously, I saved 13,025 chips, which was more than enough to work with.

Unfortunately, a few levels later, the button raised, I reraised from the small blind with A-K, he went all-in, and I called. He showed me A-A and I was out. Even though this trip started tough, I ended up taking 4th place in a €2200 event for €30,000, salvaging the trip. For a video blog where I discuss this trip as well as a huge error my opponents made multiple times versus me in the turbo events, check out my video blog about the trip.

If you learned something from this post, please share it with your friends! Be sure to check back next week for another educational blog post. Thanks for reading!

7 thoughts on “How to play bottom set when deep-stacked”