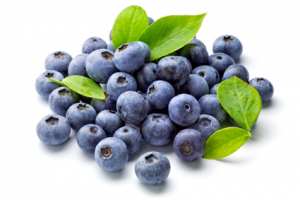 How do you prepare for playing in the WSOP Main Event?  Everyone has their own ideas about what you can do to increase your chances of making a deep run.  If you think you can’t learn anything useful by studying Jamie Gold’s successful championship run in 2006, you are mistaken.   Whatever your opinion of Jamie’s poker skills, you would do well to copy his habit of snacking on blueberries throughout the long tournament days.

Your brain requires an enormous amount of energy.  And the fuel it consumes is glucose.  When it gets low on glucose, mental fatigue sets in.  When that happens, the speed and accuracy of your decision-making decreases.  So does your patience and self-control.

If you want to see some amazing proof of how mental fatigue reduces self discipline and decision-making ability, check out “Will Power; Rediscovering the Greatest Human Strength” by Roy Baumeister, a research psychologist.  The book describes dozens of research projects like the classic marshmallow test, first done 50 years ago at Stanford University.  A child was seated at a table.  A marshmallow was placed on the table.  The child was told (s)he could eat the marshmallow any time (s)he wanted.  But if (s)he waited three minutes until the timer went off, (s)he could have two marshmallows.  Some children ate the marshmallow almost immediately.  Others struggled for a while but ended up eating it before the alarm went off.  Some succeeded in waiting the entire three minutes and were rewarded.  The latter group were then given a series of increasingly difficult puzzles to do, designed to create mental fatigue and frustration. Then they were given the marshmallow test again.  Almost none had the patience and self control to wait three minutes again before eating the marshmallow. 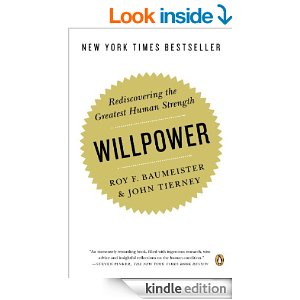 As time progressed, brain scanning technology gave neuroscientists the ability to observe changes within the brain during experiments like these.  They found that both physical and mental exertion reduce blood sugar, causing physical and mental fatigue including reduced patience, self discipline and decision-making ability.

Lest you think that playing in the WSOP Main Event does not cause mental fatigue, read the chapter in Baumeister’s book on “decision fatigue”.  He describes research experiments involving common consumer purchases like buying a car (which color do you want? Which engine? Which interior package? Etc. etc. etc.) or ordering a custom-made suit (which fabric? Solid, striped or plaid? Cuffs or plain?  Pleated or not?  Break or no break?  Single vent, double or none?  Three button or two?  Etc.)  Consistently, as the number of decisions and choices multiplies, the consumer’s patience declines and in the end, (s)he ends up deferring to whatever the salesman recommends.  That is why skilled car salesmen leave the most expensive options to last.  Experiments have shown that having to make a large number of decisions under time pressure consumes energy (glucose) and increases brain fatigue.

During the Main Event you will play five two-hour levels per day.  Assuming an average of four orbits per hour, you will be dealt about 400 hands.  Assuming you fold 300 of them before the flop, another 40 after the flop, and 40 after the turn, (with multiple betting decisions on some rounds), each day you will have to make at least 750 decisions whether to fold, call or raise (and if raise, how much), each in less than 60 seconds.  What can you do to reduce the extent to which fatigue (a) impairs the quality of your decision-making toward the end of the tournament day, and (b) reduces your self-discipline (making you more vulnerable to tilt)?

As documented in the research summarized in Baumeister’s book, the two most effective ways to counteract those effects are with sleep and glucose.  Since there is not much opportunity to sleep during the tournament day, the only option is to pay attention to your glucose (blood sugar) level.  You might think that the thing to do is eat candy, or swallow glucose tablets.  But quick hits of glucose to the brain produce short-lasting spikes of energy, followed by crashes, which is NOT what you need.  Instead, you want to maintain a steady intake of slower metabolizing sources of glucose, of which fruit and nuts are among the best examples.  Blueberries happen to be one of the best, according to Baumeister.  Which brings us back to Jamie Gold.

So if you want to emulate Jamie Gold’s 2006 results, get plenty of sleep each night and snack on blueberries during the day.  If you don’t win the tournament, at least it won’t be because your brain didn’t have enough energy to make good decisions.

7 thoughts on “Blueberries: Feed your brain”