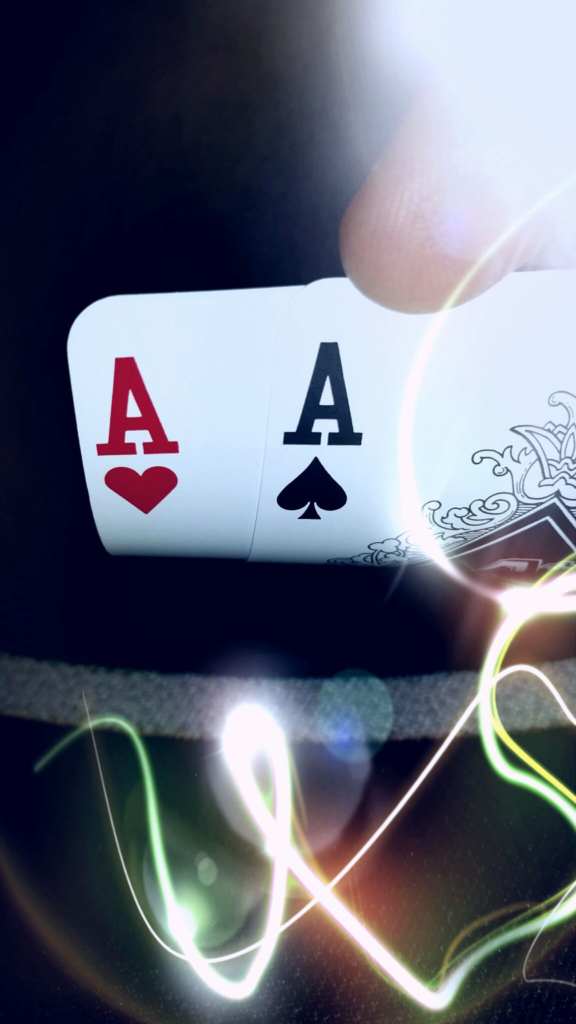 Pocket Aces are by far the most profitable hand in poker, but that does not mean they are always easy to play. Many players consistently make mistakes that lead to them being much less profitable than they should be.

Some novices make the classic mistake of limping with their Aces, hoping someone else raises so they can then make a big 3-bet (re-raise). This is a horrible strategy because unless Hero is making this play with some bluffs, it should be obvious to their opponents that they have an abnormally premium hand. Also, winning a 5 big blind raise almost every time is way less than you will win on average if you simply play your Aces as you would play all your other hands.

Another novice mistake is to make a gigantic raise with Aces, hoping to force the opponents to fold all their junk. In reality, you want your opponents in with their junk because those are the hands you can extract significant value from. If you make your opponents correctly fold, they are not making a mistake. Always keep in mind that you make money when your opponents mess up. Of course, you will get outdrawn some portion of the time, but that is a risk you must be willing to take.

I strongly dislike this play. Not only has Hero made it obvious that he has a premium hand, he also gave his opponent excellent pot odds to call from in position. The opponent has to put in 10,000 more to win what will be a 51,000 pot, meaning if he realizes his equity 20% of the time, he will break even. If Hero 4-bet even a little bit larger, his opponent would be making an error to call with most of his range. As played, the opponent should likely call with most of his holdings that have some potential.

Once Hero 4-bets small before the flop, he should likely go all-in on every flop. Even though this is one of the worst flops for Hero because it should connect well with many of the opponent’s holdings, he should still go all-in unless he is confident the opponent missed and may be inclined to bluff if Hero checks.

In this scenario, while I would have just called the opponent’s min-3-bet before the flop and would have still gone broke, I would have kept my range wide in my opponent’s eyes and given him the chance to bluff with all his junk. As played, Hero forced his opponent to play well, making it nearly impossible for him to make a costly mistake.