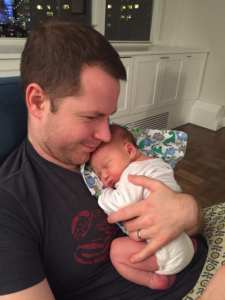 I had no clue what to expect going into 2017. My first child, James, arrived on 12/24/2016. I didn’t play poker at all during the first quarter of 2017 order to stay home and help him through his first few months of life. During that time, I grinded hard on my newest book Mastering Small Stakes No-Limit Hold’em. Both James and the book turned out great.

I knew I was going to play less poker in 2017 than I ever have since going pro. However, when I had the chance to play poker, it went reasonably well. I made the final table of a $1,500 buy-in WSOP shootout event and took 2nd in a $10,000 buy-in high roller event for $175,000. I also had two close calls at the World Poker Tour championship that could have easily gone differently. I profited about $100,000 from tournaments, which is a reasonable 50% ROI, given I only played about $200,000 worth of buy-ins. That said, it could have easily gone much better or much worse. There is a lot of variance in tournaments!

Since I knew I was going to travel less, I wanted to make sure I stayed productive at home, so in 2016 I launched PokerCoaching.com, an interactive poker quiz site. I uploaded bi-weekly quizzes throughout the year and hosted 12 homework-review webinars. I even learned a thing or two in the process!

Some of my students were asking for more, so in 2017 I launched my exclusive Inner Circle, which allows my most dedicated students to have short one-on-one sessions with me every other week. The response to both PokerCoaching and my Inner Circle have been amazingly positive, so I have decided to expand the number of coaches (Welcome Matt Affleck and Alex Fitzgerald!) and am also working on numerous upgrades to provide my students with even more educational content.

I continued to add videos (over 1,000 now!) and expand the offerings at my poker training site, FloatTheTurn.com. One of my best students Al Hart has been working hard to add lots of new tools to FloatTheTurn, including the free Push/Fold app that pros have been raving about as well as the Range Analyzer, which I can’t live without.

I finished up my biggest project to date, Excelling at No-Limit Hold’em. I thought Excelling would be a quick two-year project but it ended up taking about three and a half years from idea to completion. It turns out getting 17 poker players to turn in 25 pages on time and then schedule large blocks of time two months in advance to host live interactive webinars is easier said than done. The hard work was well worth it. Excelling is by far the book and webinar series I am most proud of and it has continued to be one of the best-selling poker books worldwide since its release. When I finished the last webinar, I sat around thinking “What am I going to do with all my spare time?!?”

I also had the opportunity to commentate a lot in 2017, which I truly enjoy. It is so much fun! I had the pleasure of commentating multiple World Series of Poker events, World Poker Tour events, and at Stones Gambling Hall.

Somewhat unexpected but very appreciated, PokerGo made a Pokerography episode about my life. I could not be happier with how it turned out. If you have not seen it already, use code LITTLE to get $10 off a one-year subscription of PokerGo.

While I have achieved most of my long-term goals over the last few years, here are the goals I would like to achieve in 2018:

Help as many people as possible

The real goal here is to “Help as many people as possible improve their lives by teaching them the skills necessary to thrive at and away from the poker table”. This entails continuing to build my brand in various ways, such as forming partnerships with the biggest names in the business in order to expand my reach. Over the last few years, I have been working tirelessly to become too big to ignore in terms of developing a partnership with a major poker site, and will continue working toward that goal. Getting a deal with a major site would allow me to interact with many more people, giving me the chance to impact them in a positive way. There are a few sites that are doing amazing things in the poker space and would love to become involved with them in a meaningful way. Of course, I will keep working diligently to produce awesome and consistent content for JonathanLittlePoker.com, PokerCoaching.com, and FloatTheTurn.com. I also plan to stream a bit more, which I resumed near the end of 2017.

I have always viewed setting goals listing specific poker results as a silly endeavor. What this goal means to me is “Study a ton away from the table and play my best at the table”. I did that this year (although I could have studied more) and it worked out well enough. That said, I understand there is tons of variance in poker, so anything can happen. Winning a tournament would clearly help the “help as many people as possible” goal.

I started doing this near the end of 2017 and had an amazing time. While it is difficult to find time to play cash games while traveling the tournament circuit, Poker Night in America has been hosting awesome games on a consistent basis and I look forward to playing more of them over the next year. Being on TV also helps the “help as many people as possible” goal. 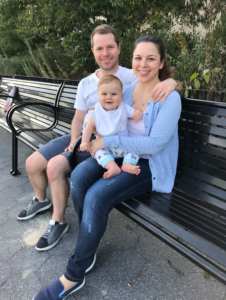 Be home for at least half of the year

This is a funny goal to me, because, in the past, I have always strived to play as much as possible. Now, I am constantly skipping tournaments in order to stay home with my family. Nothing makes me happier than being home with Amie and James. I just want to be great husband and dad. Being home also gives me plenty of time to work on various projects for you, which also helps with the “help as many people as possible” goal.

This may seem like a crazy goal, given get a whole lot more done than most, but I know that much of my free time is spent doing completely unproductive or even destructive things. For example, during lunch, I often watch Magic the Gathering videos. I should be watching poker videos instead. After a rough day of poker, I will often have half a bottle of wine and some cheesecake. I should have green tea and a salad. While there is certainly a time for unwinding and relaxing, I feel like I took it a bit too far over the last few years. Essentially, I want to be more disciplined. I know what I need to do, I just need to do it. Obviously, this also helps with the “help as many people as possible” goal.

So that is it! 2017 was great and I am looking forward to an even better 2018. Feel free to post your comments below and know that you can always reach out to me on Twitter @JonathanLittle. Thanks for reading and be sure to check back next week at JonathanLittlePoker.com for another educational blog post.