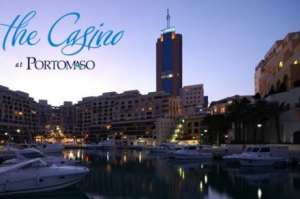 In one word, my trip to the 2015 European Poker Tour series in Malta was “brutal”. In almost every event, I doubled up in the first two hours only to either get unlucky in a huge pot or go super card dead, eventually busting near the end of the first day. This lead to me having zero cashes in the eight events I entered. Despite the abysmal results, I am very happy with how I played and focused throughout the trip. I realize that if I ran a bit better, the trip would have been an amazing success. For example, I lost with KK versus AK in the €5,300 main event for a three times average pot in the middle of day two. Had I won that hand, I would have almost certainly cashed and made a deep run. Poker is tough sometimes! I made a video blog discussing my thought process and a few of the interesting hands, which you can watch using this link. Let me know what you think! 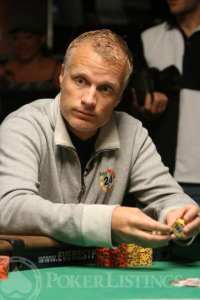 When I am in the small blind and a good player who knows how to abuse position is in the big blind, I tend to limp with most of my playable range. This is because if I raise and he calls, I will be playing from out of position against a range that will be nearly impossible to read (some players defend somewhat tightly and others defend with 100% of hands). If I raise and he reraises, I will be in a tough spot, playing a bloated pot out of position with a hand that will usually flop top or middle pair with a marginal kicker. If I raise and he folds, it means he had absolute trash. Instead, if I limp, I can easily call any reasonable raise with a large portion of my range, allowing me to see a flop for a cheap price. If he checks behind, that is also fine. So, I limped. Theo raised to 600 and I called. I do not think limp-reraising has any merit as my hand is not strong enough to pile a huge amount of chips into the pot from out of position, especially when I am unsure about the strength of Theo’s range.

The flop came Qh-Jh-Tc, giving me a straight. This is certainly an acceptable flop! I thought Theo would bet almost all of his range that was not a marginal made hand, such as J-2 or T-8, or a marginal draw, such as K-4 or 9-6. I thought he would bet top pair or better for value and his unpaired hands as bluffs, given this board should be significantly better for his range than mine. I assumed he would bet all of his strong draws. I do not think leading has much merit because if Theo has something decent, leading will save him a lot of money compared to if I get to check-raise, which was my plan. So, I checked. Unfortunately, he checked behind.

The turn was the (Qh-Jh-Tc)-3h. Even though a flush is now possible, my hand is still great. I imagine I have the best hand almost every time in this situation, because most players would bet the flop with a flush draw. Seeing how I thought Theo’s range was mostly marginal made hands and marginal draws, I thought betting was the only play that made sense. I assumed that if he had a marginal hand and I checked, he would either continue checking or bet but then fold to my check-raise. So, I bet 1,000 into the 1,425 pot and he called.

The river was the (Qh-Jh-Tc-3h)-7h. While my straight improved to a flush, my hand was now far from the nuts. It is important to realize that just because my hand moved up the hand ranking chart does not mean it improved in relation to my opponent’s hand. In reality, any heart on the river is quite bad for me because I only have a marginal bluff catcher with my marginal flush. When you have a bluff catcher, betting is usually a horrible idea, especially against a strong opponent. So, I checked and Theo bet 3,000 into the 3,425 pot.

Even though I lost this hand, I am perfectly happy with the way I played it. Notice that just because Theo had the nuts this time does not mean my call was a “mistake”. If we played this hand 100 times and he showed the nuts or the near nuts almost every time, then my call would be horrible, but that simply isn’t how poker works. Most likely, my call was either barely profitable or barely unprofitable. When you run into spots like this over and over in a short span of time, you are going to have a tough series. Hopefully I run a bit hotter at the next tournament stop. 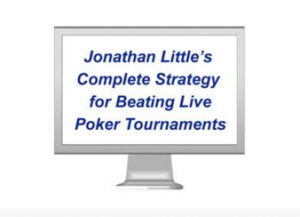 If you want to learn more about how I think during poker tournaments , I made an exclusive webinar explaining everything I do that has allowed me to win year after year. If you are interested in taking your poker game to the next level, click here.