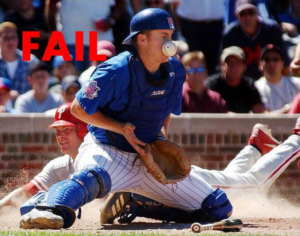 I recently witnessed this hand in a $1,000 buy-in even that clearly illustrates a flaw in many amateur players’ poker strategies. With blinds of 200/400 with a 50 ante with 23,000 effective stacks, everyone folded around to the button, a reasonably tight player, who raised to 900. The player in the small blind, we will refer to him as Hero, called with 3c-3s, and the big blind, an unknown player, called as well.

Hero’s lead is the main error that takes place in this hand. By leading, he puts his opponents on defense because most players only lead with their best hands and draws. Of course, some players lead with marginal made hands, such as A-6 or 6-5 in this situation, but when that is the case, hands like A-J should only call to keep those vastly inferior hands in. Leading is also not a good play because it allows the draws to call and cheaply see the turn. I would much prefer that Hero checked, giving both the big blind and the button the opportunity to continuation bet. Once someone bets, Hero can check-raise, extracting maximum value from strong made hands and pricing out the draws. If it checks through, that isn’t the end of the world because most turns will be somewhat safe and Hero can then bet the turn and river for value versus two likely weak ranges, which would have been unable to pay off either a flop lead or check-raise.

While there is now a straight possible, it is the least likely straight. This is because most players to not raise or call preflop with raises with many hands containing a 2. Despite this, if Hero bets, the big blind is somewhat unlikely to call unless he has top pair or a better made hand, or a draw. However, if you look at the big blind’s range, it will be difficult to extract much value from middle pair and worse made hands. This should lead Hero to continue betting for value. While the big blind will fold a decent amount of the time, he will call with all top pairs and better made hands as well as with his decent draws. I would have bet 3,000 in this situation. Once Hero checks, he simply has to call the 3,000 bet. If Hero doesn’t have the best hand with his set, he has the best draw to a full house. Notice Hero does not want to check-raise because his opponent will usually fold when he is drawing dead and when he doesn’t fold, Hero is usually crushed.

This is a difficult spot on the river, but I think it is too likely that the big blind is value betting with a wider range than exactly a straight (most players value bet two pair in this spot). Of course, if you know the big blind is a straightforward player who will only bet the river with the nuts, Hero should fold.

If you enjoyed this blog post, you will love my interactive poker training site, PokerCoaching.com. There you can test yourself with over 100 interactive quizzes and study the game with me with monthly homework questions and review webinars. If you want to take your game to the next level, PokerCoaching.com is for you.