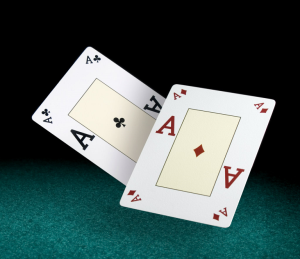 While I feel like I have a fairly solid grasp on how to play fundamentally sound poker, I have found that I have been calling a bit too often with good, but second best, hands when my opponents seem to be willing to put all of their money in the pot. I have been working hard to plug that leak. This hand demonstrates my progress.

The flop came Qs-9c-6s. The Small Blind checked. With my top pair, top kicker, I certainly want to make a bet to get value from numerous worse made hands, such as K-Q, Q-J, and A-9 while also protecting my hand against various draws, such as 5s-4s and K-J. Notice I don’t expect anyone to ever fold a premium draw. The idea of betting a large amount to try to force the premium draws to fold will almost never work. I decided to bet 7,000 into the 14,800 pot. This bet easily allows worse made hands that I crush to call while giving the marginal draws poor pot odds.

The middle position player thought for a while then called. The good kid in the small blind then thought for around three minutes. While he was thinking, I realized that the Small Blind would probably only raise with a set, Q-9, 9-6, or a premium draw. Against the sets and two pairs, I am crushed. Against the premium draws, I will win roughly 60% of the time. Against exactly that range, A-Q is in terrible shape, winning only 25% of the time.

It is important to recognize that the Small Blind may occasionally run an optimistic bluff, but given that our table was reasonably soft, I didn’t think he would want to take an overly risky line against me. He may also check-raise with a marginal made hand such as K-Q or Q-J to try to price out draws, but I thought that was unlikely because that is a generally bad play. If he check-raises with Q-J, he will usually only get action when he is against a strong draw or when he is crushed, which is a terrible result for him. All of these concerns likely raise my chances of winning versus his check-raising range slightly, perhaps to 30%. 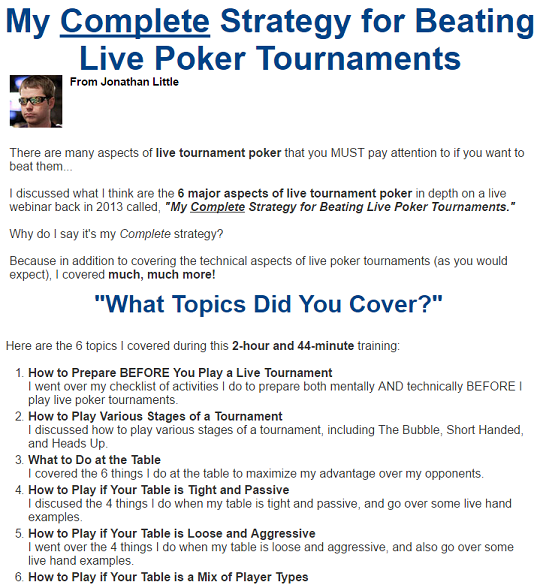 In the past, I may have lost a few more chips in this situation, usually by calling the flop then folding to the turn bet. I know lots of players who would simply go all-in on the flop, thinking the Small Blind either had a draw or a marginal made hand that A-Q beats. Most players don’t even consider that the middle position player could also have a strong hand. Even though this was actually a fairly easy fold once the Small Blind check-raised due to my poor odds of winning at the showdown, it is important to make sure you are folding reasonably strong hands when you are almost certainly crushed by your opponent’s range.

To learn more of the strategies I use that allow me to consistently make deep runs in major poker tournaments, check out my extensive webinar where I reveal my complete strategy for beating live poker tournaments. If you are looking to take your game to the next level, or if you are tackling the WSOP this year, this webinar series is for you. Check it out and let me know what you think.

Be sure to come back next week for another educational blog post. Thanks for reading!

3 thoughts on “Learning to fold”