I was recently honored to host a live webinar with 13-time WSOP bracelet winner Phil Hellmuth Jr. While Phil is a bit of an enigma in the poker world because no one quite understands how he wins on a consistent basis in high stakes poker tournaments, I knew there were countless skills I could learn from him. When you have the opportunity to discuss poker strategy with one of the most successful poker players in the world, you listen!

Since the webinar, I have implemented numerous concepts we discussed, drastically increasing my profits at the table.

One of the most important concepts he discussed was the idea that if you have played poker for a long time and studied the game diligently, as I have, you should tend to trust your reads. Since our webinar, I have worked hard on my reading abilities and they seem to be paying off.

I recently played in a $13,000 high roller event in Barcelona. There was one player at the table who was obviously splashing around. Everyone was making a point to play pots with him. Even though he was clearly playing junky hands, he always had the nuts when his opponents decided to call his large postflop bets.

Eventually I raised with A-T from middle position, the splashy guy called in the small blind and the Big Blind also called. The flop came 4-4-3. The splashy guy made a bet and I decided to call. The turn was a J. He bet again and I called. The river was an 8 and he bet enough to put me all-in, which was around the size of the pot.

Seeing how he had only shown the nuts when he took overly aggressive lines in the past, this would normally be an easy fold. However, something did not feel right. I can’t quite quantify what it was, but he looked nervous. I thought he would play numerous busted draws in this manner. My main concern was that he could be bluffing with a hand such as 2-2 or A-Q, which would be a disaster for me.

However, I went with my read and called. He showed the 5-2 and I doubled up with my marginal A-high.

While this is certainly an extreme example, if I did not have the amazing learning experience with Phil, I would have folded. Instead, I won $13,000 in equity.

To get instant access to this enlightening learning experience with Phil Hellmuth Jr. where he discusses numerous other strategies he implements to constantly win poker tournaments, check out the webinar here: Learning from Phil Hellmuth Webinar 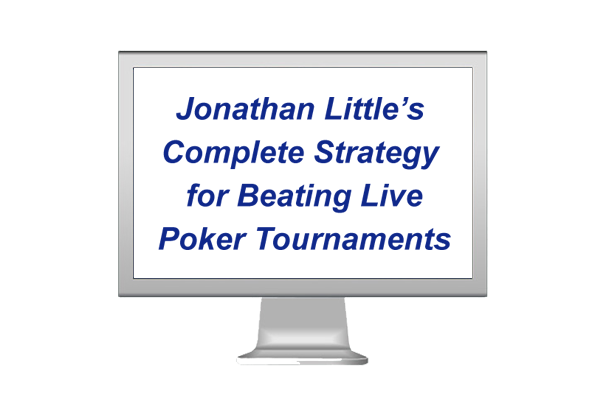 Good morning! Make the most of your day! 📈📈📈 pic.twitter.com/POschLtTB4

From now through Tuesday, March 31st, I'm giving you FREE ACCESS to @PokerCoaching_ Premium! I know this is a hard time for many, so hopefully, this provides you an opportunity to improve your poker skills & learn something new. I hope you enjoy it❤️ pokercoaching.com/freeaccess pic.twitter.com/xsdfk24vjY

ICYMI: The Bankroll Bible. I am constantly asked about bankroll requirements in my morning show A Little Coffee, so here are all the answers. Please share this with your friends! jonathanlittlepoker.com/bankr… pic.twitter.com/UwW8XJ39Lc

My free live webinar where I will give you 5 Tips to Crush Online Cash Games starts in 15 minutes. Register below! twitter.com/jonathanlittle…

5 Tips to Crush Maniacs! To beat small stakes cash games and tournaments, you must learn how to crush maniacs! HINT: Do a lot of calling and accept that you will experience variance. #Poker #Strategy youtu.be/kHsaMX1ac1A pic.twitter.com/d7AnjRvmay