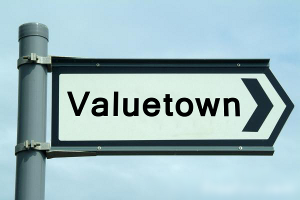 One of my students recently played this hand that illustrates a key concept that you must master if you want to succeed at no-limit hold’em. With blinds at 50/100 with 20,000 effective stacks early in a $500 buy-in tournament, a player who is known to be a loose, splashy calling station raised to 300. My student called on the button with 7s-6s. The blinds folded.

I think this call is excellent. You should look to call with a wide range of suited connectors, suited Aces, and big pairs before the flop when deep stacked, especially against someone who will be unable to fold any sort of marginal made hand after the flop. While you will usually lose your 300 chips when you miss, when you flop a premium hand, you stand to win a lot of money.

The flop came Ad-Ts-9d. The initial raiser checked and my student checked behind.

When the initial raiser checks, it is unlikely that he has a premium hand because most players bet with their best hands. This “caps” the initial raiser’s range at top pair with a bad kicker. Knowing this, should my student make a bet, hoping to make the calling station fold an unpaired hand like K-Q or a weak pair like 5-5? I don’t think so. It is too likely that the calling station will call with any hand that he deems to have the least bit of potential. If you think your opponent will call your flop bet with hands like 5-5, you must be willing to continue betting on the turn and the river to make him fold those hands, but that is also not a great idea, given the opponent could easily have a hand like A-2 that will never fold to any amount of aggression. If the initial raiser was a more standard opponent, I think the flop bet would be perfectly acceptable, especially given my student has a gutshot straight draw and a backdoor flush draw, as many players can be made to fold their hands as strong as top pair by the river.

The turn was the (Ad-Ts-9d)-Jc. Again both players checked.

Especially when a Jack (or King or Queen) comes on the turn, my student should be content to concede the pot. It is way too likely that the calling station now has some sort of marginal made hand that he will not fold to a turn and river bet.

Sticking with the plan, giving up is the only play that makes sense when facing a calling station. When you have a hand with no showdown value on the river, you should only bet when you expect to make your opponent fold a decent portion of his range. In this spot, the only hands that a calling station will fold are unpaired hands such as K-3 (which may not even get played before the flop) and 5-4 (which 7-6 beats). Against more competent players, betting the river could make sense, but against a calling station, giving up is the right play.

Notice this time that the calling station had a hand he never planned to fold to any bet. By simply giving up, my student only lost 3 big blinds, which is a tiny portion of his 20,000 stack. While it is far from exciting to simply check down and give up when you have nothing, that is often the best play against someone who will rarely fold to your bets.

If you enjoyed this blog post, you will love my interactive poker training site, PokerCoaching.com. There you can test yourself with over 100 interactive quizzes and study the game with me with monthly homework questions and review webinars. If you want to take your game to the next level, PokerCoaching.com is for you.