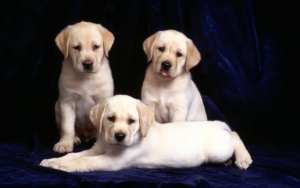 I was recently told about a hand played by an amateur player in the middle levels of a $100 buy-in live event. With blinds at 400/800 with a 100 ante, an aggressive player raised to 1,600 out of is 16,000 effective stack from second position. A tight player called on the button. Our Hero looked down at 7c-7s in the small blind and decided to reraise to 5,000.

I strongly dislike this play. By reraising small, Hero is almost certain to get called by both of his opponents (due to their excellent pot odds), which is not what he wants when out of position with a hand that will usually flop poorly. Instead, he should either go all-in (when he expects his opponents to fold most of the time) or call (when he expects his opponents to have strong ranges). Both plays are significantly better than reraising to 5,000, which may actually be worse than folding.

As expected, the big blind folded and both remaining players called. The flop came Kh-Js-7d, giving Hero a set. Jackpot! The pot was 16,700 with 10,200 remaining stacks. Hero checked.

I like this check, although betting small or going all-in are also perfectly fine options. The benefit of checking is it makes it much more difficult for the opponents to get away from any King or Jack. Of course, if the opponents will check behind with their decent made hands (fearing a trap) and never bluff with hands like Ah-Qh or 9s-8d, Hero should bet, probably electing to go all-in due to the small remaining stacks compared to the pot.

The initial raiser thought for a minute before going all-in and the button quickly called. Hero folded.

Hero told me that he was certain the tight player on the button had exactly K-K or J-J. While anything is possible, those two holdings are quite unlikely because almost everyone reraises both of these premium hands before the flop, and if they happened to slow play them against the initial raiser, once reraised by Hero and called by the initial raiser, most people would spring their trap and go all-in.

Hero was quite disappointed to see the initial raiser turn over Ks-Qc, which beat the button’s Jd-8s.

It is important to realize that your reads will often be completely incorrect. This is one of the many reasons why you should work hard to develop a fundamentally strong strategy so you know what to do when significant money is on the line. I cannot conceive of a world where I would fold bottom set in this situation. It is too likely that both players have a King, strong Jack, or the obvious Q-T straight draw. By folding, Hero is saying that his opponents play so poorly that he knows without a doubt that he is against a better set. Hero lost a huge amount of value by “trusting his reads”, or more likely, being afraid to commit all his chips when there is a small chance he is beaten. When you have the top of your range and you play in a manner that induces bluffs (as was this case in this hand), folding is almost always a significant mistake.

6 thoughts on “(Incorrectly) Folding a Set”