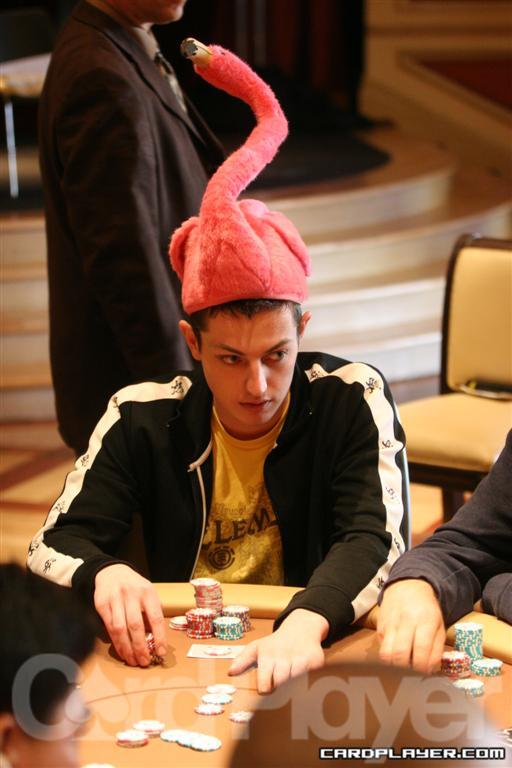 The following hand took place early in Day 1 of the $3,500 buy-in Borgata Poker Open WPT main event. I was pleased to find myself at a table that should have been quite good for me because my opponents were clearly playing in a blatantly straightforward manner. Despite this, I found myself down to 24,000 from my initial 30,000 chip stack, mostly due to making a strong, but second best hands a few times in a row.

The blinds were 50/100. There were only 6 players at the table. A tight 60-year-old man raised to 200 from first position. A somewhat straightforward lady 3-bet to 500 from second position. Her 3-bet made me think that she likely had a very strong hand. I decided to call with As-3s in the cutoff seat, mostly because I did not expect the initial raiser to 4-bet too often and I thought I could win a huge amount of chips if I happened to get lucky to make a flush or straight. As expected, the initial raiser called.

The flop came 8s-6s-6c, giving me a flush draw. The initial raiser checked, the 3-bettor bet 1,100 into the 1,650 pot, I called, and the initial raiser folded. When she bet the flop, I thought she likely had either a strong overpair or two big cards. Either way, calling is the only play that makes sense because if I raise, she would never fold an overpair, resulting in me putting a decent amount of chips at risk with the worst hand, and if she had nothing, I would likely find a way to win the pot later.

The turn was the beautiful (8s-6s-6c)-2s, giving me a flush. She bet 2,600 into the 3,850 pot. At this point, I was fairly certain she had an overpair or perhaps a marginal draw, such as Ks-Qd. There was also a small chance she had 8-8, 6-6, or 2-2, which I lose to, but I did not think she would 3-bet those hands preflop. I decided that if I raised, she would fold most overpairs that did not contain a spade. While my logic may have been incorrect, it is worth noting that it is a disaster for me if she folds a strong hand that is drawing thin, especially if she would continue value betting on the river if I called the turn. So, I decided to call, forcing her to stay in the pot.

The river was the (8s-6s-6c-2s)-5h. She checked, leading me to think that she either had an overpair or nothing. Given I was fairly active in a few of the previous hands, I decided to bet 11,000 into the 9,050 pot. She instantly called, losing to my flush.

When your opponent’s range contains almost entirely strong hands or nothing, if you can beat the strong hands, you should tend to bet large because most players are simply not capable of making a huge laydown, especially if you have an aggressive table image.