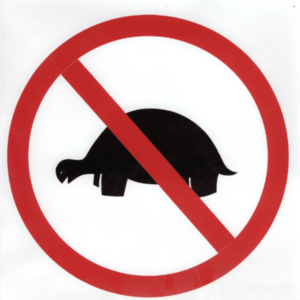 I recently played an interesting hand in a €2,200 event in Prague that demonstrates a concept you must master if you want to succeed at poker. Up until this hand, my day was going decently well. I had chipped up to 25,000 from my 12,000 starting stack with no significant confrontations. You will find that the biggest winners in tournament poker typically win (steal) lots of small pots that don’t belong to them, and that was exactly what I was doing leading up to this pot.

At 150/300 blinds with a 25 ante, everyone folded to a loose, splashy kid in the cutoff who called 300 out of his 25,000 stack. While you typically don’t see much limping in the high stakes games, this player was limping somewhat often, likely with marginal hands he thought were not strong enough to raise. The button folded and I decided to call 150 more from the small blind with Qh-8s due to my amazing pot odds. The big blind checked.

The flop came Qd-Jc-3s. If there was a preflop raise, I would usually check, but in a limped pot, I prefer to bet because if I check, it is reasonably likely that both of my opponents will check, and if one of them does bet, my hand isn’t strong enough to check-raise. So, I bet 700 into the 1,125 pot. The big blind folded and the button thought for a while before raising to 2,500. That isn’t what I wanted to see! I convinced myself that there were enough straight draws on the board, combined with the fact that my opponent may have viewed my lead as weak, to justify a call with the intention of check-calling most turn bets on all turns besides an Ace or King.

The turn was the (Qd-Jc-3s)-Qc, giving me trips. That is exactly what I wanted to see! I decided to check, expecting my opponent to continue bluffing with all of his draws, perhaps only checking behind with a Jack. Unfortunately, he checked behind. Had he bet, I would have only called, opting to check-call most river bets. While I almost certainly have the best hand, if I check-raise on either the turn or river and get called, I will usually be crushed by a better made hand.

The river was the (Qd-Jc-3s-Qc)-6d, a complete blank. I bet 7,000 into the 6,125 pot, hoping my opponent would assume I was trying to steal the pot with a busted draw. My opponent instantly called and I proudly turned my hand face-up, fully expecting to win the pot, only to watch it be pushed the opposite direction when my opponent tabled Qs-10c, trips with a better kicker.

Although I lost a large chunk of my chips with this hand, it certainly could have been worse. If my opponent simply bet the turn and the river, he would have won significantly more chips from me. From my opponent’s point of view, when I called his flop raise, my range was almost certainly a Queen, which Q-10 usually beats, a Jack, which Q-10 crushes, or a draw. Most of these hands will be willing to call any reasonably sized turn bet. If I check-called the turn, my opponent could then make a sizable bet on the river to represent a range consisting of trips and busted draws, hoping to induce a call from a Jack or better. By checking the turn, my opponent cost himself a huge pot.

Don’t make the mistake of slow playing when your opponent almost certainly has strong (but second-best) hand you crush.