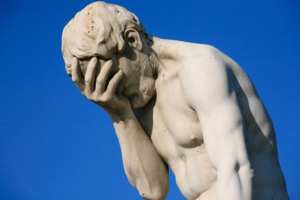 The following hand is from a $1,500 buy-in World Series of Poker event. Up until this point, I was extremely card dead. I actually only played three pots that went to the flop in the first three hours of play. When you happen to get relatively few playable hands, it is usually a good idea to attempt an intelligent, well-timed bluff, especially if your opponents realize that you have been tight and will give you more “respect” than usual.

This is a situation where I would almost certainly fold under normal circumstances but since I appeared so tight, I decided to get a bit out of line.

A tight, aggressive player called on the button and everyone else folded. The flop came Qs-9d-8c, giving me the nuts.

It is always nice to flop the nuts!

While checking to slow play is an option, I think betting is a much better play. If you check, looking to check-raise if your opponent bets, your opponent will frequently fold, winning you only one small flop bet. If you check-call, hoping your opponent continues betting on the turn, you will often be disappointed when the turn checks through because most players realize you must have a reasonable hand with showdown value to check-call the flop. In general, checking leads to small pots and betting leads to large pots. When you have the nuts, you want to play large pots. Also, it is quite easy for your opponent to connect with this board, making a bet by far the best option.

As on the flop, I do not like checking because if I check-raise, my opponent will usually fold to my obviously strong action and if I check-call, there is no guarantee he will bet the river.

At this point, I was quite confident that he had a hand he thought was strong, most likely 10-7, Q-Q, 9-9, 8-8, Q-9 or 9-8. Since a Jack or 10 could appear on the river, allowing my opponent to get off the hook with most of that range, combined with the fact that I would only had 2,725 left in my stack if I called, I decided to go all-in. Even if I had more chips, perhaps up to 10,000 on top, I would have gone all-in. Clearly my all-in is very strong but I did not think my opponent would care. He instantly called and proudly turned over his Kh-Qc, which was drawing dead.

While I think my play was fairly standard, I think my opponent played his hand horribly. I like his preflop and flop calls, but once I bet the turn, I either have a made hand that has K-Q crushed, a draw that has relatively few outs, or a total bluff. While my opponent is destined to lose a big pot when I happen to have him beat (unless he calls the turn and makes a big river fold) when I have a weak draw or bluff, he really wants to keep me in the pot. By raising the turn, my opponent forced me to play perfectly.

Interestingly enough, once I pushed all-in over my opponent’s turn bet, even though he had to call only 2,725 more, I think he should have folded. Given the action, I simply must have a premium hand. When you are drawing dead or nearly dead against your opponent’s entire range, you must make a disciplined fold, even if you made an error to get to the current situation. I think my opponent should have called my turn bet, keeping me in the pot with my entire range.

Especially in small and middle stakes tournaments, a huge portion of your potential profit will come from your opponents’ errors. If you make relatively few mistakes and your opponents constantly make gigantic blunders, as my opponent did in this hand, you will make a significant profit in the long run. No fancy plays are required! That said, in order to entice your opponents to make egregious errors, you have to be somewhat involved in pots and give the impression that you are willing to gamble. If they know you have the nuts every time you put a chip in the pot, they will stay out your of your way, making it difficult for the chips to flow your direction.

If you enjoyed this blog post, you will love my interactive poker training site, PokerCoaching.com

. There you can test yourself with over 100 interactive quizzes and study the game with me with monthly homework questions and review webinars. If you want to take your game to the next level, sign up for a completely free one-week trial at PokerCoaching.com.

2 thoughts on “A common blunder”