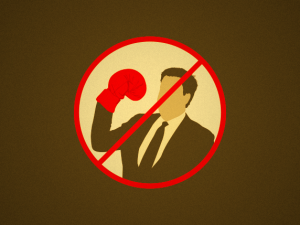 Are you your own worst enemy at the poker table? Have you ever made a final table with a large stack only to make a series of silly mistakes to blow the chip lead and end up with a disappointing finish? Or perhaps you have a goal to create a stringent study plan, but it never gets under way. These are a couple of common examples of how we can undermine our own best interests in mundane and often unconscious ways. Of course, some players engage in dramatic self-sabotage. Consider the case of Stu Ungar.

Stu was arguably one of the best gamesmen who ever lived and if you don’t know his story, I’d encourage you to read One of A Kind: The Rise and Fall of Stuey, “The Kid” Ungar. He engaged in self-sabotage at an extreme level (including plenty of drugs and reckless gambling), and while most of us won’t fall to those depths, most poker players do engage in small acts of self-sabotage.Consider this common sense definition of self-sabotage offered by Alyce Cornyn-Selby, “Self-sabotage is when we say we want something and then go about making sure it doesn’t happen.”

Even those who play the highest stakes often exhibit minor emotional difficulties that decrease their profitability. These difficulties include emotions like fear or guilt that are by and large irrational and outside of conscious awareness. Irrational thinking plays a role in supporting our self-sabotage, too. The problem is that players seldom mean to sabotage themselves. We don’t generally make a conscious decision to spoil things – and that’s a problem. We can be left with the feeling: “Why did I do that?” 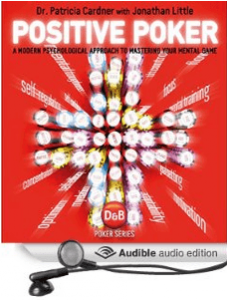 Let’s take a look at irrational self-talk – the basis of most self-sabotage. If you’ve ever thought things like “there’s no way I’ll win this tournament” or “poker math is too hard for someone like me to learn”, then you’ve engaged in negative self-talk. What we subconsciously tell ourselves is a strong determinant of how far we will go in this game. What we say to ourselves leads directly to our feelings about our chances for success. People often erroneously believe that feelings lead to thoughts, but it’s actually the other way around. Keep an eye on any irrational self-talk and do what you can to reduce it.

Fear is a predominant emotion that surrounds less than stellar results. The two main categories of fear are: fear or success and fear of failure. Most people deny fearing success; after all, who doesn’t want to be successful? But with a little digging, you might find it.

Generally speaking, fear of success is the result of messages we picked up as a child. If you heard adults denigrate the rich as “crooks” or if you were told to not get “too big for your britches”, then you might have unconscious fears of success. There is a strong tendency to internalize the attitudes that were directed towards us by our parents or other important caregivers.

You might even fear increased levels of responsibility that come with higher earnings like being responsible for taxes or supporting family members. These can be tremendous emotional weights and it is human nature to do what we have to in order to alleviate real or imagined pressure. Keep an eye out for fear of success. Observing yourself and becoming aware of such tendencies is the first step in containing the fear.

Fear of failure is like the opposite side of the coin. If we have a deep down fear that we can’t be successful, we’ll often set up conditions so that we won’t be successful. We may say to ourselves (and others), “I could be the greatest poker player of all time if I had the time to devote to the game.” Procrastination on studying then becomes our built in “excuse” for why we aren’t more successful. If you think that you’re too old, too young, too (fill in the blank) to be good at poker, then you are likely to have an irrational fear of failure and it is likely holding you back. Again, the key is to become aware of these tendencies in yourself so that you can take active steps to putting a stop to them.

As author Elizabeth Gilbert put it, “You need to learn how to select your thoughts just the same way you select your clothes every day. This is a power you can cultivate. If you want to control things in your life, work on the mind. That’s the only thing you should be trying to control.”
Your mission, should you choose to accept it, is to observe yourself to see if you are engaging in irrational thinking that is the causing you to shoot yourself in the foot. With some careful attention, it is possible to stop engaging in these behaviors. 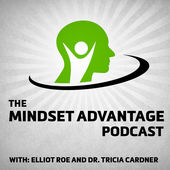 Dr. Tricia Cardner is the author of Positive Poker with Jonathan Little, available in paperback, audio, and e-book formats. (You can get the audio version for free!) She also co-hosts The Mindset Advantage Podcast with Elliot Roe, available for free on iTunes, and you can follow her on Twitter @DrTriciaCardner.

6 thoughts on “Are You Getting in the Way of Your Poker Success?”