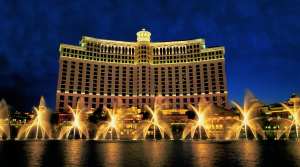 I played with Antonio Esfandari in the World Poker Tour Tournament of Champions the other day and every time I see him, I am reminded of the time I bubbled the $25,500 buy-in WPT Championship event in 2013 at Bellagio. The following is an article I wrote after that excruciating bubble. I didn’t particularly enjoy the experience. I hope you do!

Recently I played in the $25,500 World Poker Tour main event at the Bellagio, and I can honestly say I played the best four days of poker of my life. I made good folds, good calls and a few good bluffs. I wrote down every hand I played, which I’ll use as content for my book, Secrets of Professional Tournament Poker, Volume 3. I busted in 20th place, while 18 people got paid. Going out near the bubble in a major event is never fun but always a memorable experience.
Michael Mizrachi, with 500K chips, raised to 27K from middle position at 6K/12K-2K blinds. With 400K, I picked up A-K in the small blind. Antonio Esfandari was in the big blind with 180K. While I was looking at my cards, I looked to my left and saw Antonio perk up a little bit, which led me to believe he might go all-in if given the opportunity. I decided to call, hoping Antonio would go all-in with whatever he had. I didn’t really care what Michael did in response, as I had A-K, which should crush any range he could reasonably have.

I was thrilled to see Antonio instantly go all-in as soon as my chips hit the felt. I was equally happy to see Michael go all-in, which I thought was clearly an isolation play.

I called, of course. Michael had Qd-Jd and Antonio had K-J. I had to fade a Q or J to end up with a million chips and a hefty stack with which I could abuse the bubble. Unfortunately the poker gods didn’t smile one me as a Queen came on the turn to send me packing.
When most players bust from a tournament, they usually try to figure out how they could’ve avoided the situation. I instead try to figure out if I could’ve gained more equity in the hand. Notice in this hand, if I had reraised preflop to around 70K, Antonio would have almost certainly folded and Michael would’ve called.
I would then have to play a pot out of position against someone who tends to not fold whenever the flop is good for his perceived range or bad for my perceived range, which basically means he would almost certainly play back at me on any board that doesn’t have an Ace, King, or Queen. This means I often win small pots when I hit my Ace or King and lose small pots whenever any other flop comes. That isn’t a good thing.

I could also reraise large preflop, to around 100K, but I think that’s a bad play because it will force Michael to fold most hands that don’t have the correct equity to call. Whenever you have your opponent’s range crushed, you almost always want him in the pot. The last thing you want to do is drive him out of the pot when he has a hand such as A-J and is drawing thin.

What this boils down to is I did the absolute best I could in this spot and that makes me happy.
I’m sure some of you are thinking, “But you risked going broke on the bubble.” While I did, notice I got all-in with 58 percent equity in a large pot, which certainly would’ve given me a great opportunity to make a really deep run in the tournament. Unless your stack is short, where getting in the money would be a huge success, playing like a super nit in order to get in the money is rarely a good play. In this event, 18th place paid $40K and first place paid $1.1 million. I would much rather give up a “guaranteed” $40K in exchange for a 1-in-15 shot at $1.1 million.
Sadly, most people can’t or haven’t done the math and believe cashing for the minimum is the way to be profitable at poker. If you look at the players who cash regularly but rarely win, you’ll see they are usually breakeven, at best. To be a big winner in tournaments, you must put yourself in situations to get a lot of chips late in the event. This hand is a great example of how I do this on a regular basis.

Sometimes, it doesn’t work out. 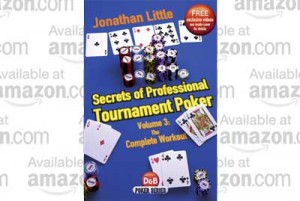 I hope you enjoyed this post. Let me know what you think in the comment section below. If you want to experience many more hands from this $25,000 event, as well as a $1,500 and a $2,500 WSOP event, check out Secrets of Professional Tournament Poker, Volume 3.