Should you go pro? 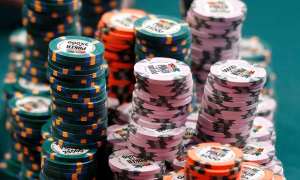 Every time I do a webinar where members of my training site, FloatTheTurn.com, can log in and ask me questions, I find myself answering one specific question: “When should I become a professional poker player?” To hopefully avoid re-answering the same question again in the future, here are my thoughts on the subject.

Let’s assume you play $2-$5 no-limit hold’em at a local card room, which is about the stakes most people play who ask the question. The reason this is the general stake is because it’s the highest level played at most local card rooms and most players who can beat this game feel like they are decently good at poker. Let’s assume you make $50 per hour. When I played $5-$10 at Bellagio five years ago, over the course of a summer playing about 50 hours per week, I made around $100 per hour. Since $2-$5 is half the size of $5-$10, we can assume $50 per hour is a decent, sustainable win rate (although it could be less in today’s environment). So, if you play 40 hours per week, you will make around $8,000 per month, which sounds great.

There are a few problems with this nice $96,000 per year salary. First, no one wants to play 40 hours per week. I found myself constantly wanting to take days off or cut sessions short because I simply didn’t enjoy sitting at the table for that many hours. Also, most players feel a desire to take time off when they are either winning or losing more often than expected. Because of this, you will probably only be able to average 30 hours per week. We’re now looking at $72,000 salary.

Next, you have to pay taxes. Assuming you pay your full 20 percent or so, you’ll actually bring home $57,600, which still isn’t too shabby. You’ll probably need to buy health insurance, which will cost around $250 per month, reducing your disposable income to $54,600 a year. While this doesn’t sound bad, you also need to set aside money for retirement, which will set you back around $10,000 per year, though you’ll eventually get that back at some point. You’ll be left with about $45,000 per year to live on while trying to grow your bankroll.

It should be noted that it is suicide to try to become a professional without at least a year’s worth of living expenses set aside and a nice bankroll, at least 5,000 big blinds for No-Limit Hold’em cash games. So, if you spend $3,000 per month, you need at least $61,000 before even considering becoming a $2/$5 pro.

There are numerous factors that should influence your decision to become a professional player. If you have a family, your expenses will be much more than a single person and will probably increase as time goes forward, especially if you have young children. You’ll also find it hard to justify putting in numerous hours at the table while you miss your child growing up. This will often result in playing during non-peak hours, which will dramatically cut your win rate. If you currently have a “normal” job that pays well, you’ll also have a tough time justifying the move to poker. If you make $40 per hour at your job, which provides a nice, secure paycheck, there is really no reason to rely on poker, even if your actual hourly rate may be slightly higher. There is a lot of value in having no variance to your monthly income. 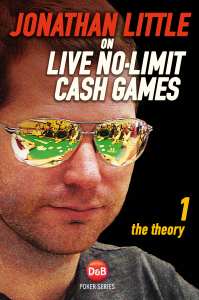 One thing most players don’t consider when going pro is you may not be as good as you think you are. If you don’t have a long track record of winning, you shouldn’t even consider quitting your job. I would estimate that you need at least a 500 hour sample in the game you plan on playing before attempting to go pro. These 500 hours will also have let you grind up an adequate bankroll for the game. Ideally, this trial period will let you know what your win rate it is. I also suggest you diligently study my in-depth book, Jonathan Little on Live No-Limit Cash Games.

You may find you enjoy poker as a hobby and not a job. I suggest taking some vacation time away from your job and playing poker as you would if you were a professional, before actually quitting your job. Hopefully, this will let you know what it feels like to play poker every day. Playing poker professionally requires a drastically different mindset compared to playing recreationally.

You may have noticed that I did not mention becoming a professional tournament player. This is because, for the most part, it is quite difficult to put in enough time at the table necessary to give you a steady sizable return. Also, small stakes tournaments in most local casinos are not profitable due to poor structures and high rake. For example, if you can play a $200 buy-in + $30 rake tournament at your casino every day that has a relatively fast structure, you may win something like $50 per game. If each tournament takes 4 hours, you will win $5 per hour ($50 per game – $30 rake). Even if your tournament is incredibly soft, you may win at the rate of $20 per hour, which is about as much as a great player will win at $1/$2 cash games. Notice that putting in 4 hours per day playing a tournament with a win rate of $20 per hour will not make you rich anytime soon. Since most casinos don’t have daily $500 buy-in or larger tournaments, I suggest you devote your time to cash games when you are initially considering going pro. Playing tournaments only becomes a reasonable idea when the buy-ins become very large, assuming the fields are still soft, because then, you can expect to have a high hourly rate. 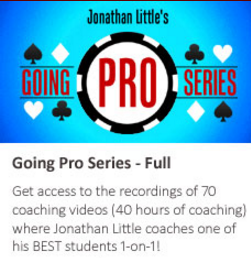 In the end, if someone hates their 9-to-5 job and wants to play poker, they are probably going to try going pro. Do your best to make sure the decision is the correct one because if you’re wrong, you may squander a lot of time, as well as your bankroll. If you decide to make the leap, let me know!

To further illustrate the dedication you must have to the game if you want to succeed, I suggest you check out the Going Pro series I recorded with one of my best students, OneTimeJoker. He came to me a few years ago asking to be coached. It was clear to me that he had the drive and passion to become great. We recorded every one of our training sessions, which you can check out here. 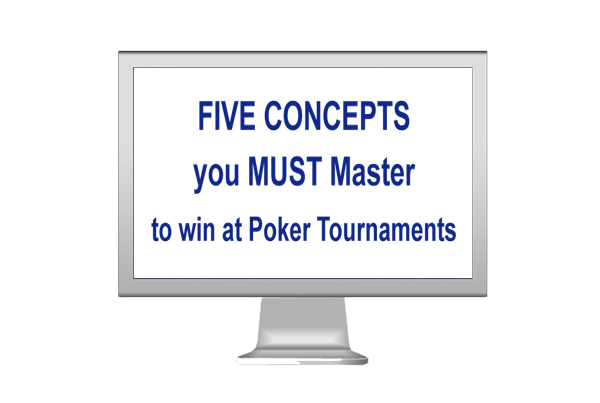 3 Tips to Improve Your 3-Betting Strategy - Do NOT be a Weak Tight Poker Player! pscp.tv/w/cVEEqTc2ODcy…

ICYMI: Fun spot with Pocket Jacks from an EPT main event. Would you have played them differently? jonathanlittlepoker.com/funsp… #jacks pic.twitter.com/cLPqDxbE3u

From now through Tuesday, March 31st, you can get FREE ACCESS to PokerCoaching Premium! I know this is a hard time for many, so hopefully, this provides you an opportunity to improve your poker skills & learn something new. I hope you enjoy it❤️ pokercoaching.com/freeaccess pic.twitter.com/m8wMydSBQP

Due to my streaming service being down, there will not be an episode of A Little Coffee this morning. Instead, check out this interview with @briankoppelman where we discus Rounders, Billions, and how to make this most of your time. 📈📈📈youtube.com/watch?v=MlwT-l…