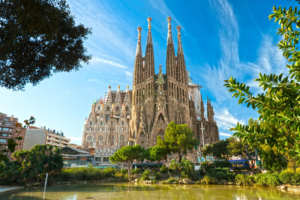 I recently had the pleasure of playing in the European Poker Tour series in Barcelona, Spain. My trip started out horribly, with me losing with numerous three-of-a-kinds and two-pairs. However, I maintained my sanity and ended up making a deep run in my last tournament of the series, a €2,200 deep-stacked event.

Despite getting off to a good start, I found myself with a 21 big blind stack once we got to the final table. There were no obvious short stacks, so I was not overly concerned with moving up the payout ladder. With seven players at the table at 10,000/20,000-3,000, a loose, aggressive player raised to 43,000 from second position out of his 1,000,000 stack. I decided to call with As-Ac out of my 420,000 stack from third position. I was hoping one of the players yet to act with a 20 big blind stack would go all-in, allowing me to easily get my entire stack in before the flop. Instead, the Cutoff and Small Blind called.

While most amateur players view this as a disaster (seeing a flop against three opponents with A-A), professionals realize this is an amazingly profitable situation. Most of the time, someone will make one pair and be unable to fold. For example, if I am against K-J, Q-9, and 4-4, and the flop comes K-7-5 or Q-7-6, I am almost certain to double up. Of course, I will occasionally run into a flop like K-9-4 or K-J-5 and go broke, but the risk is well worth the reward. When you have a short stack, your main goal with your absolute best hands should be to extract value, not protect them from hands that are drawing relatively thin.

The flop came 9c-9s-6c. The Small Blind checked and the initial raiser bet 93,000 into the 219,000 pot. At this point, I had to decide if I should go all-in or call. Folding is out of the question because even though I could be against trips, I am likely ahead. If I call, I will allow either of the players yet to act to call with their strong draws whereas if I go all-in, I will make them fold (notice now that the draws aren’t drawing thin, so I don’t mind if they fold). If anyone has a strong made hand, such as Q-Q or 8-8, I want to get all-in now because a scary card could come on the turn that would allow them to get away cheaply. Either way, I am accepting that if someone has trips or a full house that I am going broke. Since calling and going all-in have the same result most of the time except when I am against a draw, and I want the draws to fold, I decided to go all-in. 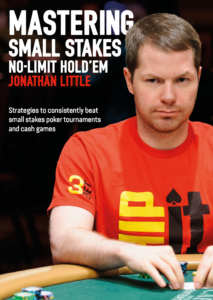 To my surprise, everyone folded. I did not expect the initial raiser to make a continuation bet into three players on a somewhat coordinated board with absolutely nothing, but apparently he did. Seeing how he likely had a marginal hand, if I went all-in before the flop, I would have ended with a 530,000 chip stack. Instead, I ended with a 706,000 stack. To achieve this result, I had to take on a bit of risk, but it was worth it. Don’t be afraid to slow play A-A when you are shallow, especially if calling (instead of 3-betting) will not tip your opponents off to the fact that you have a premium hand. After this hand, I went completely card dead but I continued to slowly chip up, allowing me to take 4th place for €30,000. All in all, it was a great trip!

If you enjoyed this blog post, you will love my new book Mastering Small Stakes No-Limit Hold’em. Over 500 pages and 230 in-depth diagrams, it explains everything you need to know to crush both cash games and tournaments. Check it out and if you have time, please leave a review on Amazon (for Mastering or any of my other works).

Be sure to check back next week for another educational blog post. Thanks for reading.