The wrong way to play an under pair 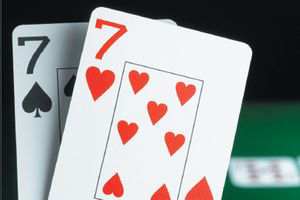 I was recently told about a hand by an amateur player that illustrates a few detrimental mistakes that many players make on a regular basis. If you work hard to develop fundamentally sound strategies away from the table, you will not make these mistakes in game.

If Hero is going to raise, he should raise much larger. By making it $.70, he is going to frequently get called by all the previous limpers, resulting in him seeing a flop with what will usually be a marginal under pair. He may also sporadically get limp/3-bet by one of the limpers, forcing him to fold. I would much prefer Hero limp behind, allowing him to try to flop a set for the absolute minimum. There is really no point in raising. Another reasonable line would be to raise to about $1.70, which will usually either steal the pot before the flop or result in only one player calling, allowing Hero to play a pot in position with what will often be the best hand.

Surprisingly, only the small blind and the second limper called.

It is worth noting that when you limp and someone raises to only a small amount more, you should call and see the flop with most of your range. The only hands that make sense to fold are uncoordinated, reverse implied odds hands like Ah-6c and Ks-7d, but those should not be limped in the first place.

As more players see the flop, you should tend to play in a more straightforward manner because it is quite likely that someone connected with the board. Especially when the board contains two high cards, Hero should proceed with caution. This is a prime example of a spot where Hero should either check or bet small, perhaps $.70. By betting $1.50, when Hero gets called, you can be certain he is against either a better made hand or a strong draw that will fare well against 7-7. I would have checked behind with the intention of folding to any turn bet.

This bet makes no sense. The opponent could easily have a Queen or T-9 that will never fold. The opponent will also be unlikely to fold a Jack or 8 to this reasonably sized turn bet. I do not see a reason for Hero to turn his hand into a bluff, although I suppose he could make a sizable river bet to try to make the opponent fold all hands worse than trips, but even that may be optimistic.

The opponent called. The river was the (Qh-Qs-Jc-8d)-Jh. The opponent bet $9 into the $12.70 pot.
I generally dislike the opponent’s lead because it makes it impossible for Hero to bluff, and if you think about the opponent’s range, there should be very few bluffs beside exactly K-T. The opponent should almost certainly check his entire range, giving Hero the change to bluff.

Hero made an easy fold. 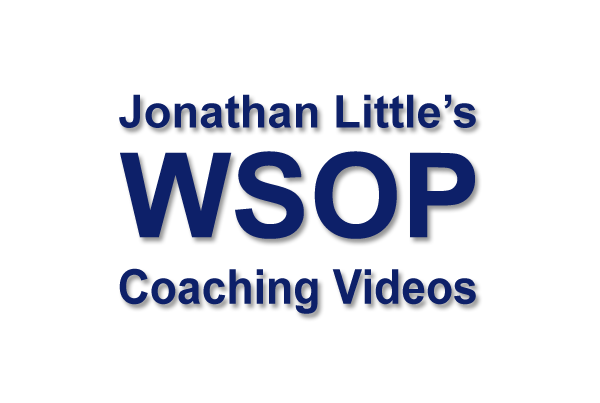 In this video, I walk you through my Preflop Charts! If you use these fundamentally sound preflop ranges, optimal bet sizes, and common adjustments you will fix your preflop leaks and increase your win-rate! #Poker #Preflop youtube.com/watch?v=TcsJxz… pic.twitter.com/FWHyGbiPLd

It's true that volume cures variance, but many people over-estimate their edge and increasing volume just leads to larger losses. If you have not consistently beaten a game, focus on studying a ton and improving quickly. You have to work hard to have long term poker success!🔥📈 pic.twitter.com/MkO7ljkvIy

Little #Poker Advice #215: Get the Comps! (Sorry for barely being able to put a sentence together. I just played poker all night then got off a long flight!) pic.twitter.com/A1HLaRK1Xd

Earlier this week on A Little Coffee, I talked about Dealing with Tilt. It's important not to lose your mind at the poker table. Check out the replay below! #Poker #Tilt youtube.com/watch?v=AJX8j_… pic.twitter.com/faFs9aMsyr

In this hand from bestbet_jax, George gets a bit out-of-line and squeezes with 75o. The aggression didn't stop there, and he continues with the triple barrel bluff! Would you have ever called on the river? youtu.be/fUz4Fw9I_Dk pic.twitter.com/7SdbpJk8gO